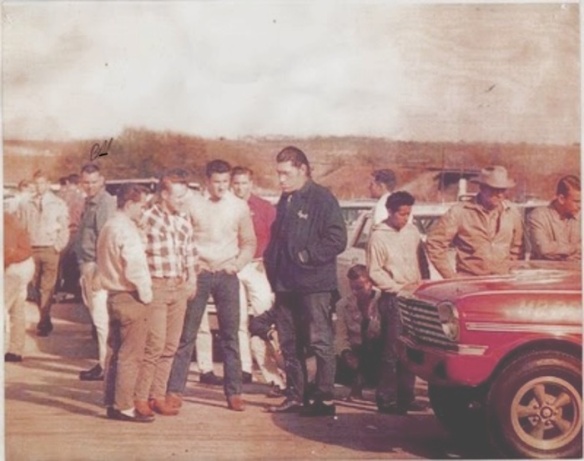 This photo was given to me by Bill Von Quines, a drag racer of Austin who owns one of the oldest speed shops in town -Austin Performance (512) 832 5566.

Bill signed his name over where he was standing (2nd from the left) and explained to me that the tall man in middle with the black jacket is August “Hands” Hartkopf who was racer/owner of the famous Austin Speed Shop during the 1960s. Also, the man next to him is local legend Emmit Glass of Austin known for the Speed Specialist “Blue Goose” 57 Chevy. Speed Specialist -was a local north Austin speed shop during the 1960s